Raimo Lehtinen, Business Director, Power plant projects, looks back on how bolted column connections have defined the game since he joined Peikko in 1989.

We changed the way buildings are made

Bolted column connections have two basic components: the column shoes and the anchor bolts. Those two simple things have changed the construction industry quite dramatically over the years. For the people erecting the columns the work is noticeably faster and safer, and because the columns do not need supports, the building site is much less crowded. In the industry overall, precast concrete frames have become more competitive and they are much more widely used. Bolted column connections also enable tighter tolerances, which has led to more sophisticated and more accurate design. Based on Peikko’s new revolutionary  column shoe design, precast columns can now be slimmer so the architecture can be more elegant and space efficient. So, it’s fair to say that our innovation not only changed the ways that buildings are constructed but also the way they are designed, too.

A dramatic improvement in speed

Before Peikko introduced bolted column connections the most common way to erect concrete columns was using a socket foundation. This meant there was a hole in the foundations where the column was placed during the erection stage. Once it was roughly in place, the builders used wooden sticks on all four sides to adjust the position and angle, and then they grouted it with liquid concrete. It wasn’t really a safe method, it wasn’t accurate and it certainly wasn’t fast.

When we introduced column shoes and anchor bolts, we dramatically changed the speed of construction. The socket foundation technique was very old, and it was basically the same way that the ancient Romans erected columns – placing them in a hole in the ground. However, although you could say the method had stood the test of time, it also required lot of time for construction. The columns needed continuous support until the cement set. Even with modern rapid grouting, this means that you had to wait a whole day before the column could stand by itself and withstand any load. Now, with Peikko’s bolted column connections, the whole process takes about 10 minutes without needing support and the column can stand by itself before the concrete is even poured.

However, in the beginning it was not easy to introduce our new ideas. Back then the construction industry was very conservative, and many people were not so enthusiastic at the time, especially since it meant that their columns would cost a little bit more. However, when we convinced people to try our bolted column connections, even on just a small scale, they quickly realized the benefits they could get.

For example, in one case, the engineers noticed that column shoes might be the solution for one particular difficult place in their structure. They really could not handle it with the old solutions. So first they tried our system as a special solution, as a one-off case. But when they saw how easy it was to use, they realized that they could use it more widely in their business. It was the same in lot of cases: customers were reluctant to try our ideas until they saw the benefits in real life.

After some success in Finland, we started to market our column shoes internationally, beginning with the German market in 1993. We also entered the Norwegian and Swedish markets through resellers at around the same time. Well, whenever we entered a new market, we faced the same challenges all over again: nobody knew about Peikko or our solution, and they did not see any need for it. When we told them about our success in other markets, we often got comments like, “it might work there, but won’t work here”. But, in a way, I could say that this was the perfect situation: we had an open market with no competitors.

We had other issues before we went abroad, as well, like what to call our product. In Finnish we were calling it a “pilarikenkä” and obviously that wasn’t going to work in Germany. The easiest solution was the direct translation to “column shoe”. It was simple and the market soon accepted the term, and it’s pretty much standard in the industry now. It’s quite nice to invent a new word that’s still in use. And after a few years in the German market we noticed that customers were actually calling it “the Peikko system”. That’s when we really knew that our new idea was going to succeed.

“Nobody in the industry knew about Peikko or our solution, and they didn’t see any need for it. In a way, this was the perfect situation: we had an open market with no competitors.”

In the construction industry, companies often think more about keeping costs down than adding value for the customer. For example, with precast companies, bolted column connections have sometimes been a little hard to accept. They see adding column shoes as an adding extra cost, even though they can add it to the price. In our experience, though, it is definitely possible to use more expensive stuff and increase customer value, and still increase your turnover and profit.

There is a good story I can tell about this from when we entered the Spanish market around the year 2000. A construction company that we had been in contact with actually forbade their engineers from using our column shoes. They would only allow them if there was a very specific part of the structure that really needed it. But the engineers decided to put them in all the columns anyway.

The engineers went ahead and erected the frame, and then they called the owner to tell them it was already ready. I can say the owner was surprised. The job had been scheduled to last a month, but they were finished after one week! The owner really saw the benefit in terms of time and money. Finishing the job in 25% of the usual construction time was a very clear demonstration that a little extra cost at the beginning could really pay off in the long run.

The right time for higher tolerances

When we introduced our first column shoes, we also provided an installation framework for the anchor bolts to ensure everything lined up. Over the years we have developed this into a template that’s quicker and more accurate. It might seem like a simple thing, but the idea of tight tolerances was not common in the concrete industry back then. The concrete industry was used to much bigger tolerances than in the steel industry, and they were actually a bit scared of tolerances of +/-10 mm. We heard the comment, “it’s not possible with concrete” a few times. But with Peikko bolted column connections, we made it possible.

However, we had good timing on our side as well. It was around that time that the construction industry started to use more advanced measurement devices – many companies were still using plumb lines to check vertical alignment. When they started using optical and laser devices, they could measure more accurately so they also wanted tighter tolerances. Our bolted column connections made it quick and easy to put columns in exactly the right place and adjust them to exactly the right alignment.

Then, when 3D design programs came along, tight tolerances became pretty much essential and this led to further advances in the industry. The smaller tolerances let designers develop and use more advanced connection technology in all connections in the frame. Our bolted column connections let them construct these new types of buildings. And with Peikko Designer®, they can trust that their calculations are reliable and that their designs are safe.

Over the last 30 years we have improved a lot about the design of our column shoes. We have really done a lot of product testing to achieve this, with everything from breakage tests to fire tests and seismic testing, too. We have also paid close attention to the industry standard design codes, and we were the first company to provide ETA assessments and get CE markings for our solution. As a result, our innovation has become an industry standard.

I believe the market will still grow globally, and we will have more innovations to fulfil the needs of the market. It is Peikko’s way to think about development. We aim to be better every day, and this has created the base of our success and growth, which has been continuing now for 30 years.

Our bolted column connections took a lot of work from a lot of people, but it’s a very good feeling to see something that you have been working on from the beginning turn into a global success. 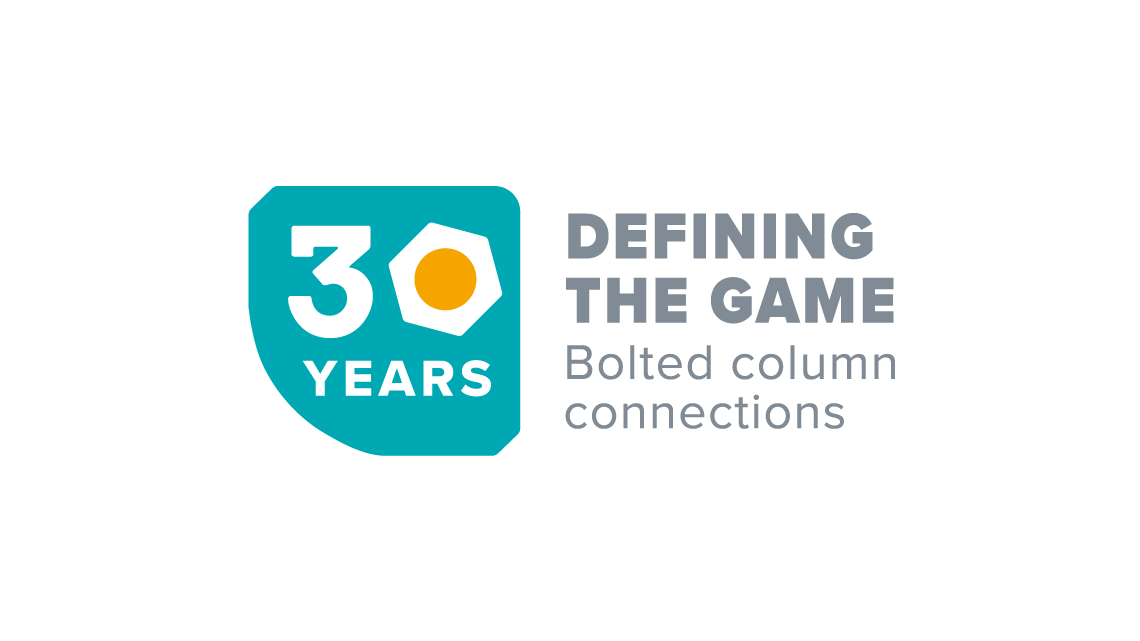